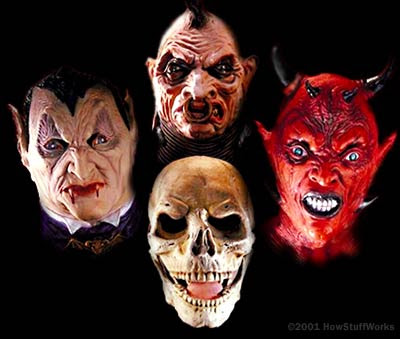 It's that time of year again and it is our favorite time of year here at IMPO...Halloween! According to History.com, Halloween's origins date back to ancient Celtic times, over 2,000 years ago in the area that is now Ireland. Originally, this day marked the end of summer and the beginning of the cold, dark winter (which was the time most associated with human death).
The history goes something like this: on the night of October 31st, the Celts celebrated with a Samhain festival because that is when it was believed that the ghosts of the dead returned to earth! The Celts would dress up in costume, which mainly consisted of animal heads and skins and would listen as the Celtic priests would make predictions about the future. These prophecies were an important source to the Celts as they would bring comfort and direction during the long winter. 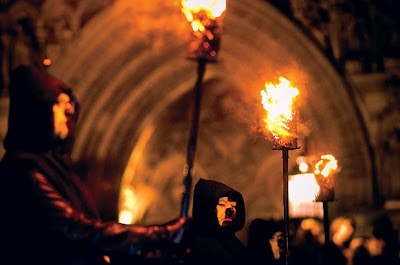 By the 800's, the influence of Christianity had spread into Celtic lands and November 1st was designated as All Saint's Day or All-Hallows and the night before began to be called All-Hallows Eve.
Dressing in costume on Halloween has both the Celtic roots (as explained above) and European influence. During those long, cold winters, it was believed that ghosts would come back to the earthly world, which made people afraid to leave their homes. Legend says that people would wear masks after dark so that the ghosts would mistake them for fellow spirits and leave them alone. People would also place bowls of food outside their homes to appease the ghosts and prevent them from attempting to enter. 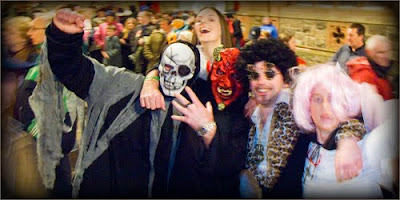 As the Europeans began to settle in America, they brought along with them their tradition of Halloween. "Trick-or-treating" probably dates back to the early All Souls' Day parades in England when poor citizens would beg for food during the festivities and families would give them pastries called "soul cakes" in return for their promise to pray for the family's dead relatives.
The story of the Jack-o-Lantern is from an Irish myth about a man nicknamed "Stingy Jack." The folklore says that Stingy Jack invited the Devil to have a drink with him and true to his name, Stingy Jack didn't want to pay for his drink, so he convinced the Devil to turn himself into a coin that Jack could use to buy their drinks. Once the Devil did so, Jack kept the money and put it into his pocket next to a silver cross, which prevented the Devil from changing back into his original form.
Jack would trick the Devil many more times and would bargain with him over and over. Eventually, Jack died and God would not allow such a unsavory figure into heaven nor would the Devil allow Jack into Hell, but instead cast Jack's soul into the darkness with only a burning coal to light his way. Jack put the coal into a carved-out turnip and has been roaming the Earth in his ghostly state ever since. The Irish refer to him as "Jack of the Lantern!" 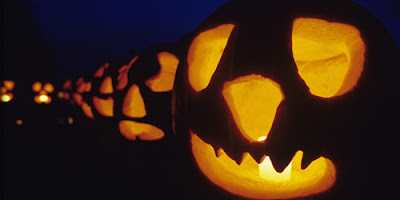 The Pros have been busy putting the finishing touches on costumes, makeup looks and hair styles for both our clients and ourselves! What are you going to be for Halloween this year? Do you embrace the traditional, unconventional or both a la Heidi Klum? 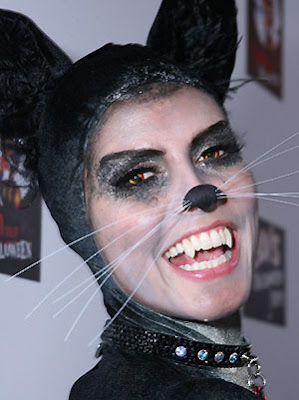 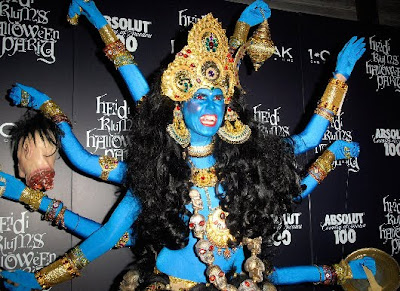 "Witch" ever character you choose to be this Halloween please post a picture of your creation on our Facebook page! We love to be inspired by your creativity all year long and if you are having trouble finding a costume that suites your mood, here are a few great how-to Halloween videos from YouTube to get you in the "spirit!"
Watch MAC get freaky:

Let Makeup Geek inspire the Hippie in you:

Let Beauty by Sarah bring out your inner Zombie:

Let Petrilude turn you into a big pussy cat:

PRO TIPS AND TRICKS:
The only Pro tip and trick we have for you this Halloween season is to have fun, but be safe! Spooky things happen on All Hallows Eve and we hope all of our readers enjoy this holiday in a responsible manner. 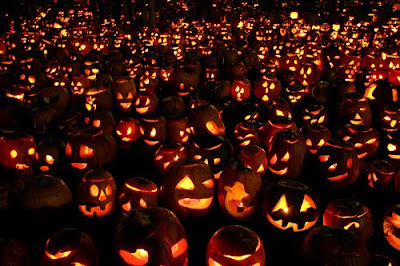 STAY TUNED:
Up next on IMPO: New York Fashion Week is over, but you can recreate the makeup looks that many of the designers sent down the runway this year! From avant-garde to barely there faces, the Pros from IMPO have your “how-tos!” Melissa Street is a makeup artist with over 25 years of experience in film and television. Complete resume/portfolio: www.EpicMakeUp.com.
Cathi Singh is a freelance makeup artist for the film, television and print industry. She is also a certified spray tan artist. Complete resume/portfolio: www.cathisingh.com.
Aileen Miller is a Strategic Marketing Professional with over 15 years of experience. Specialties include Strategic Partner Marketing, Press Relations and Creative Development.

"Love your blog - thanks for all the great tips!" Cheryl, San Diego, California
"Your blog has helped me embrace makeup colors I never thought I could wear!" Christy, Atlanta, Georgia
"You may just be able to turn my makeup wearing opinion around!" Deborah, Santa Barbara, California
"It is so great to get insider tips straight from a makeup guru! Thanks for putting your secrets out into the cyberworld!" Susan, Phoenix, Arizona
"You have given me the confidence to purchase makeup from the drugstore!" Elaine, New York, New York
"Your application tips and tricks are so easy to follow - your blog is like attending my own personal makeup class!" Gina, Miami, Florida

We do not sell any cosmetic or skincare product line. All reviews are based on professional opinion and all product has been tested on numerous clients prior to posting review on this blog.
If you plan to purchase product highlighted on this blog, you may have a different reaction if you tend to have sensitive skin. When in doubt, patch test products or seek the opinion of your doctor/dermatologist.
As professional makeup artists, the IMPO team does accept gratis product from various cosmetic lines for use personally or for our professional makeup kits. However, we do not accept money from advertisers and sending gratis product does not guarantee mention or review of product on the IMPO blog.
The majority of the photos used on this blog are the work of other professional makeup artists. Melissa Street and Cathi Singh are under contract with several production companies and/or celebrity clients, which prohibit use of their professional photos on this blog. In My Professional Opinion will attempt to give credit and will link back when possible to all photos used.
All logos and trademarks are property of their respective owners. Any unauthorized copying, reproduction, republishing, uploading, posting, transmitting or duplicating of any material on this blog is prohibited without express written permission from Melissa Street. Please contact her directly at email address: thepro@epicmakeup.com.